Now-a-days Xiaomi company is well known as Mi to every one. Xiaomi is a Chinese electronics company established by Lei Jun in 2010. In India Xiaomi journey was started in 2014 with only 6 workers by selling only 10,000 Mobiles. But now, Xiaomi is running as one of the leading mobiles selling company throughout India. In 2019 Xiaomi company running with approximately 25,000 Workers and producing 10 crore Mobile Phones. Within the span of 5 years the company growth increases rapidly due to their quality standards, low price, best features and hardware components makes very close to customers interest. 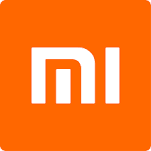 In India Xiaomi was started by Manu Kumar Jain who is now Vice-President and MD of Indian Xiaomi unit, he is the major person in spreading Xiaomi market in India. Manu Kumar Jain was born in Meerut, Uttar Pradesh. He completed his graduation in Mechanical stream from 1998 to 2003 in IIT Delhi. After completion of his graduation he worked as a software engineer for two years as he is not satisfied in his work he resigned the job and joined in Indian Institute of Management Kolkata where he completed his MBA. While doing his MBA he gained lot of knowledge in marketing and closely observed marketing situations.
Manu Kumar Jain with his friends started a E-Commerce website JABONG, a fashion and lifestyle E-Commerce portal in India. Up to 2014 he served as a Managing Director for that E-Commerce. While doing this he observed most of the people showing their interest on smartphones and predict smartphones will have good demand, In that time he met Xiaomi founder Lei Jun. After some days Lie Jun called him and asked are you interest to work with us then immediately he accepted that request. From there the Xiaomi Journey was started in India. Manu Kumar Jain is the first employee in India for Xiaomi. While starting Xiaomi they struggled more no one recognize that company, but he did lot of hard work and released a first mobile phone in India in 2014 through online, 94% of mobiles are sold out on online only. From 2017 onwards if there any 2 mobiles sold out through online in that one should be from Xiaomi.
Xiaomi is not only stopped with mobile phones but also they started manufacturing 100 different types of products like TVs, Fitness Bands, Power Banks in all these the Mi stands in top position. Based on the customer interest the company planning their future. They are planning to launch 100 Mp Camera Phone, and different products like trimmers, Air Purifiers, Water purifier, CC Camera, Shoes, luggage Bags etc,,. And also Planning to start AI and IOT products.
Most of their products got succeeded due to their Quality, Price, Best features and Hard Components. Xiaomi is also one of the major company in “MAKE IN INDIA” program.
illumuniateNovember 10, 2019
0 2 minutes read
Facebook Twitter Pinterest WhatsApp
Facebook Twitter Pinterest Share via Email Print