Advertisement
Facebook Twitter Pinterest WhatsApp
T20 Blast 2019: Worcestershire is the first team to enter into the final of the T20 Blast 2019 by 1 run win against the Worcestershire team in the high tension semi-finals at the last ball of the match. At the staring Nottinghamshire won the toss and choose to bowl first. The bowlers done well and restricted the Worcestershire team for only 147 runs in 20 overs then they started that with fifty of the opener Alex Hales and Ben Duckett 49 runs. At the end of the game a high drama has happen Nottinghamshire needs 7 runs but Wayne Parnell bowled last over well and give only 5 runs and takes their team into finals. 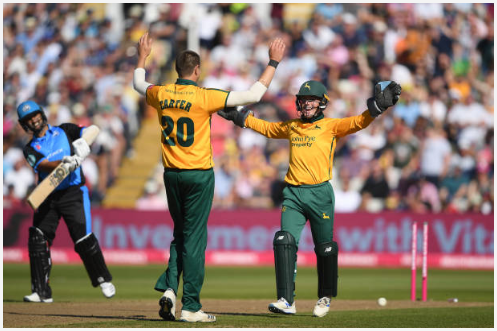